The Power
of together 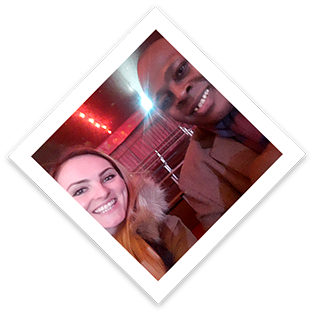 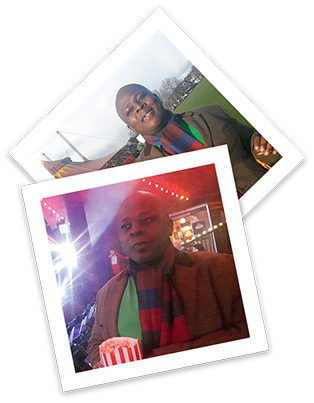 Fola and Gosia
It takes two

“He just doesn’t stop writing comedy sketches; loads of them. You could say I wanted to set his inner comic free”.

With that very aim in mind, Gosia knew she had to take Fola to a stand-up comedy venue. He loved it! The atmosphere, the comics, everything. So much so, he wrote to the venue to tell them, and they replied giving him free tickets to another show. Inspired to perform and ‘do my own laugh of jokes’, Gosia and Fola take a trip to an open mic comedy night in Stockwell. All his comedy writing paid off; Fola took to the stage and came second overall. His face was a picture!

Now there’s no holding these two back! Gosia researched other venues for them to visit. “Fola introduced me to comedy, I wanted to share my dancing world”. So, it was off to the Revoli ballroom, very retro-y with a great live band. Fola could not stop talking about it, “I can do my own movement, my body, all of it with both legs. I can dance with me and everyone else.”

Gosia and Fola are the perfect match enjoying a shared passion for live performance. “I tell Fola all about the place we’re visiting beforehand and show him pictures, so we can chat about it.”

“I have enjoyed myself”, says Fola. “We’re going to the circus next”. We’ll save that for another story…

Sometimes you want to do something, like play a simple game of rounders, but for whatever reason, it feels as if you’ve a mountain to climb first. Discover how Laura and Adam take part.

Are your talents looking for a new home?

Find your next role